Here is a simple example of changing intensity level resolution in MATLAB. I have decreased the resolution in this program. If you want to increase the resolution you just need to multiply the image instead of dividing. See the code below:

Explanation of the Code

The above portion of this program has been explained in previous tutorial. So, in this tutorial I will explain the loop only.

This is the most complex portion of this program. So, lets consider it from starting. At starting of loop the value of Resizefactor is 0.

So, 2Resizefactor = 1, which means Reduced Image is the Original Image.

As, our input image was in 256 gray level so the highest bit of the image was 255. Let’s find it from the loop.

So, the intensity level (CurrentHighBit in Program) is same by loop and by input.

After that, we will increase the value of Resizefactor to 1.

If we form a table with Resize Factor, Intensity Level and Highest Bit that will look like below:

In case of Refactor Size = 7 the gray level is 2 and highest bit is 1. So, it is clear that the image bits are 0 and 1. Which means it is a black and white image.

According to the above table we can say that if we try to reduce intensity resolution one time the image will be converted to a binary or black and white image. If we try to reduce one more step then image data will be lost and whole thing will be just black. It is not possible to reduce than anymore.

Each case we will print the image from zero bit to highest bit. Which is specified by this parameter in imshow function.

If we run the code above we will get a output like this.

If you have any more problems please comment here. 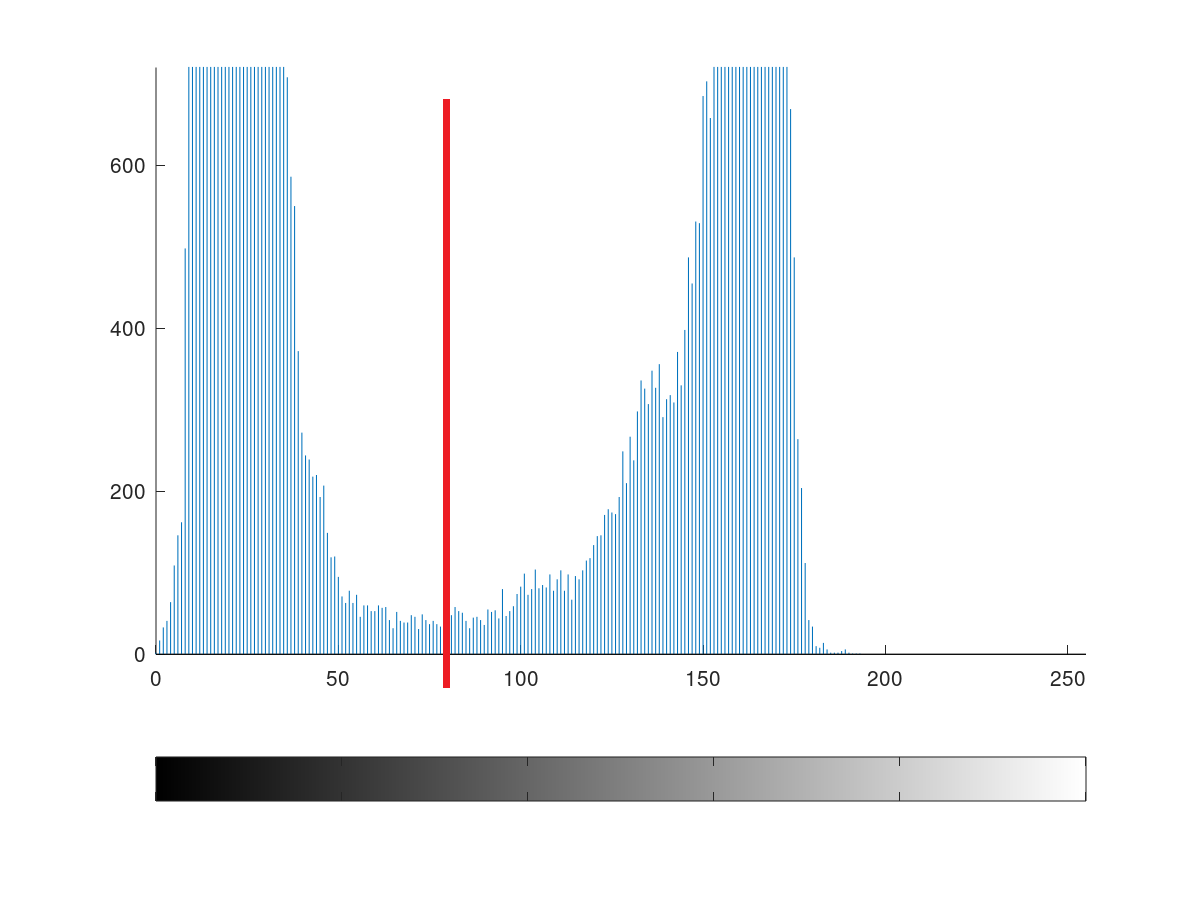 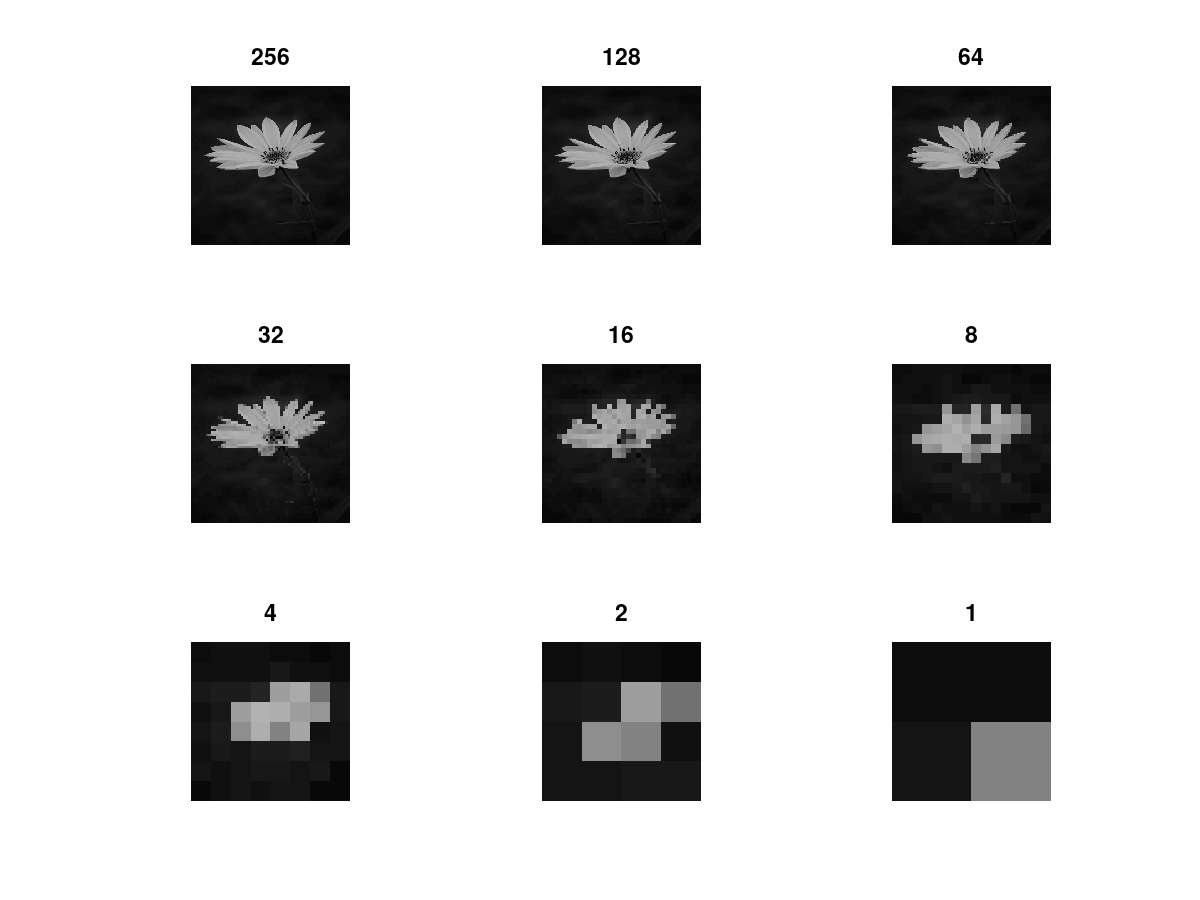 How to Modify Spatial Resolution of a Grayscale Image in MATLAB? Digital Image Processing