To compile and run a MPI/OpenMP Program you must need an accessible kernel. Which can be accessed only through Linux or Ubuntu or such an operating system. Because these operating systems are open-source. So, you can access their kernel data or information about internal processes.

For security reason windows don’t share kernel data or information about internal processes. But in parallel programming you must need to access kernel data. Because, if you don’t know how much process is running you cannot schedule a task to them.

What is Windows Subsystem for Linux (WSL)?

Windows Subsystem for Linux or WSL is a built-in subsystem in windows which allow you to install another operating system like Linux or Ubuntu as a software to get features of these OS.

How to Turn on Windows Subsystem for Linux (WSL)?

To turn on Windows Subsystem for Linux (WSL) you need to open the control panel. Then you have to enter in programs to turn on or of windows system for linux. The following directions will proceed to the whole way.

While restarting your PC may show that windows is updating. Keep your PC wake up that time. Because, it is updating the Windows Subsystem for Linux. After updating your PC your WSL is ready.

Now you can install any open source distribution like Linux or Ubuntu. As linux or ubuntu is just a subsystem in this case so you don’t need to have Virtual Box installed.

How to Install Linux/Ubuntu/Debian/Fedora/Alpine in Windows

If you download the file then you will get an .appx file. You can install that by double clicking on it.

After Opening the installation wizard follow the on-screen instructions. 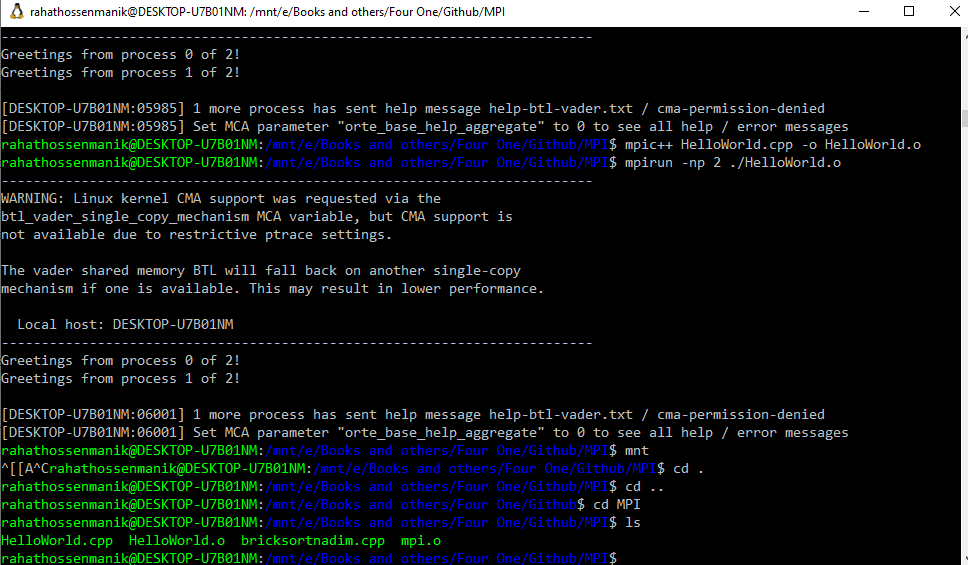 How to Install and Setup MPI Environment in WSL? MPI Programming 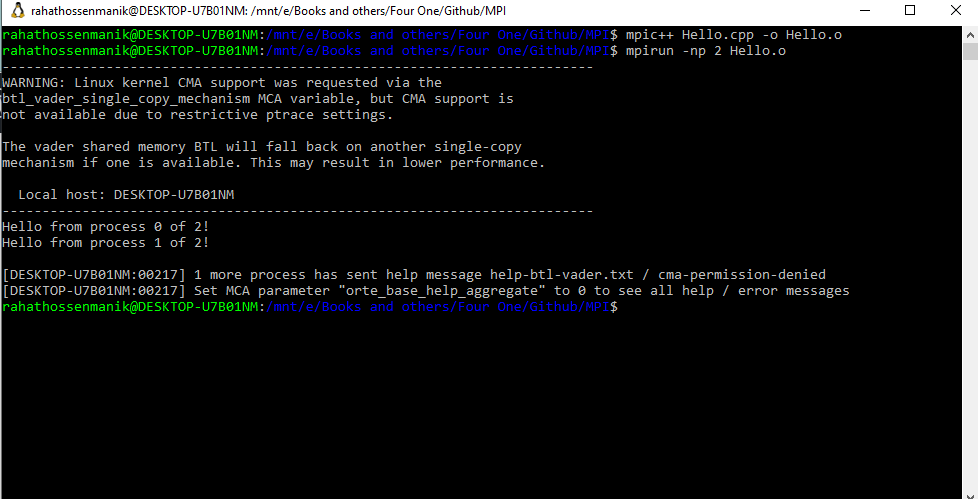